I wish you all a very Happy Indian Independence Day - India officially turns 70 years old today and we are also celebrating Janmashtami today, so Happy Janmashtami.

Janmashtami is the day on which Lord Krishna (the 8th incarnation of Lord Vishnu - the preserver of the Universe) was proclaimed to be born to save the world from his evil, maternal uncle, Kaansa. Krishna was also pivotal in the epic 18 day war between the Kauravas and the Pandavas where he helped the Pandavas win this war of truth and righteousness over evil. This war was fought at Kurukshetra (now near modern day New Delhi) and was retold in the Hindu Indian epic, Mahabharat.

So, in celebration of the two events today, I will share with you one of my favourite recipes called Mithi Makai na Vada (sweetcorn fritters). These mithi makai na vada or sweetcorn fritters are excellent as starters and this recipe will make enough for 4 people: 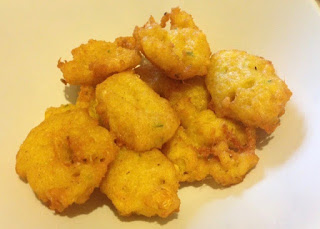 (serves between 3 to 4 people)
Ingredients:

1. The peeled and washed corn should look like this: 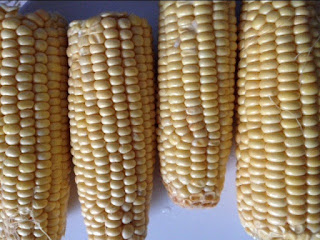 2. Grate the corn but not too hard or else you will find that you have ended up grating more than just the corn kernels (which is not what you need - avoid grating the centre cobs). This is what you will see in your dish if done correctly: 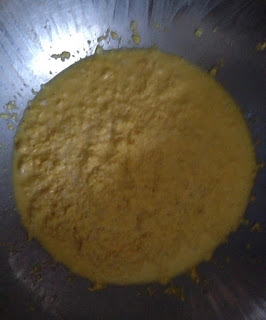 3. Add in all of the rest of the ingredients from the list above: 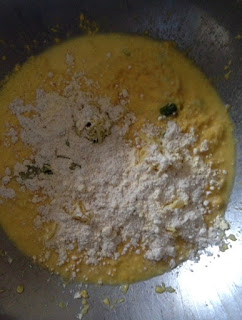 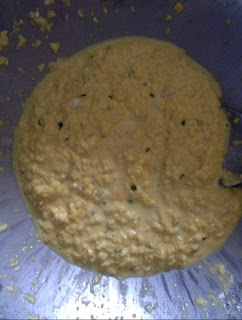 The mixture should be thick enough to be able to drop about a spoonful of this batter at a time to form balls in the hot oil.

5. Deep fry the batter placing it in the hot oil spoon by spoon to form the fritters/vada. Only put in enough batter to form the number of fritters/vada that you can manage to turn without burning them - I would recommend 4 or 5 at a time. If the wok is bigger and you are an experienced chef, I still would put no more than 6 or 7 at a time.

(If the fritters break up and don't stay together, add a tbsp of each of the chickpea flour and the wholemeal flour into the batter and stir well before trying to fry the batter in the hot oil to make them into fritters again. 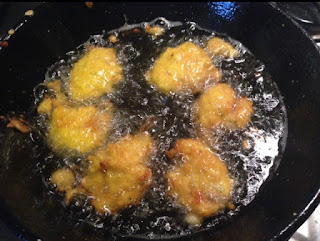 6. Once they are golden brown, remove safely from the hot oil and drain on some kitchen paper in a plate.

7. You can use extra kitchen paper to remove excess oil and serve hot with a squeeze of lemon juice.

So there you have it; a delicious new recipe for you to try out! Let me know how it was :) Savour and enjoy!